Fitch Ratings’ Global Head of Sovereigns Managing Director, Mr James McCormack, said that the stable sovereign Outlook on Thailand’s ‘BBB+’ was upgraded to Positive during the second half of 2019. This was mainly due to investors’ growing confidence in the Thai economy, which according to them, is immune to global risks. 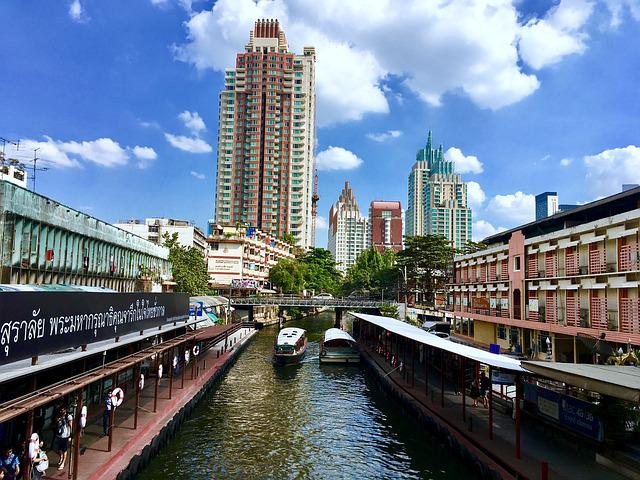 Thai Economy – 1 of 12 Economies Given a Positive Rating

According to Mr McCormack, the country’s economic growth this 2019 would be at 3 per cent. The economy grew slightly slower than the projected 3.2 per cent. Thailand’s economy is slow on the uptake in view of a volatile global economy. Nevertheless, receiving a positive credit outlook by Fitch Ratings is such an honour. This year, only 12 countries were marked positive by the prestigious credit rating company.

Trade tensions may have presented challenges, but Thailand’s economy will continue to move in a positive direction. During their yearly global risk conference in Bangkok, analysts from Fitch Ratings said that the Thai banking sector faces less external risks compared to other Fitch-rated banks in Asia. One such risks could be a possible slowdown of investment money from China.

Why Fitch is Confident in the Thai Economy

While many countries went through a rating decline, Fitch saw the Thai economy’s potential. Its fiscal status, evidenced by a strong baht, is not likely to waver anytime soon.

Thailand currently has a 40-42 per cent debt-to-GDP ratio. Despite government plans to pursue new infrastructure projects via new loans, they have so far remained within the 60 per cent debt ceiling. Investments of this nature help increase the country’s competitive edge. Uttama Savanayana, Thailand’s Finance Minister, said that Thailand’s positive rating is good news. That a renowned credit agency like Fitch Ratings could place confidence in the country’s economic potential. Expect investor confidence to rise – provided the government focuses on implementing its 20-year national strategy.

There have been talks of multinational corporations expanding in Thailand. But why did the rating change from stable to positive? The changes started in July. Despite creditors’ awareness of existing global circumstances, they still gave the country a positive rating. Fitch looked beyond the short-term. It could be that Thailand’s potential appears to go a long way. Under specific conditions (i.e. faithfully complying with socio-economic development strategies), Fitch Ratings is confident Thailand can draw more investments from around the world. They saw how several multinational corporations expressed their keen interest in Thailand. Investing in the country, regardless of the times, is an attractive prospect. The new government is already in place and appears to have a strategy. Advertise your Thailand property for sale or rent on this page.   Source: [1]
View mortgage calculator
X
Mortgage
5 years
10 years
15 years
20 years
25 years
30 years
฿
฿