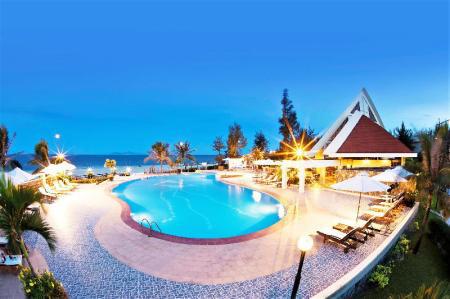 The company will focus its development plans on prime economic locations like Hanoi, Ho Chi Minh City, and Haiphong. Emerging areas like Danang, Cam Ranh, Hoi An, Phu Quoc and Nha Trang will also be considered. Centara believes that Vietnam’s southern coast, where Ho Tram, Mui Ne and Vung Tao are located, also has a "strong potential.” New road networks that connect rural areas with Ho Chi Minh City were recently installed. Along with a recently developed major airport in Dong Nai province, Vietnam’s growing economy is worth investing in.

According to Thirayuth Chirathivat, Centara’s CEO: "Vietnam’s tourism industry enjoyed a great year in 2018 and we expect this to continue for many years to come." The country is moving in the right direction with another record-breaking tourism year. Vietnam has a booming intra-Asian travel sector in addition to more relaxed visa policies and impressive transport infrastructure improvements.

Vietnam has a record-breaking 15.5 million global visitors in 2018 alone. Majority of these foreign visitors, who continue to visit the country in large numbers, are from Asia. Nearly 6 million overseas travellers visited the country in the first four months of 2019, based on data from the Vietnam National Administration of Tourism. This is a clear indicator of a progressive economy whose domestic tourism is likewise booming as per recent reports.

Thanks to these positive global and domestic tourism trends, there is sufficient demand for new hotels and resorts. Research from industry analysts STR records 23,000 new hotel rooms are currently being constructed in Vietnam.

From Thailand to Neighbouring ASEAN Countries

With the end goal of doubling total hotel portfolio by 2022, Vietnam will be part of Centara's global strategic vision. At present, Centara has 71 hotels and resorts and an excess of 13,000 rooms in the following regions: (1) Southeast Asia (which includes Thailand, Laos and Vietnam) (2) The Middle East (3) Sri Lanka (4) The Maldives

The company has just launched a new destination with the newly constructed Centara Sonrisa Residences & Suites Sriracha. Moreover, the 145-room property is in Chonburi Province under the ownership of Smile Condo. It is the first Centara hotel in the town of Sriracha. Moreover, Centara Sonrisa sits along the coast of the eastern seaboard of Thailand, 90 minutes away from Bangkok.

Additionally, the company shared its plans to debut and renovate hotels in Myanmar early in May. Centara will build three more luxury hotels in the country.

In the latter part of 2018, Centara signed management agreements with Asia Investment, Development & Construction Sole. 3 new properties in Laos will be launched in 2020 as a result of those agreements. Soon, upon launching, the new-build hotels will comprise 216 guestrooms in total.