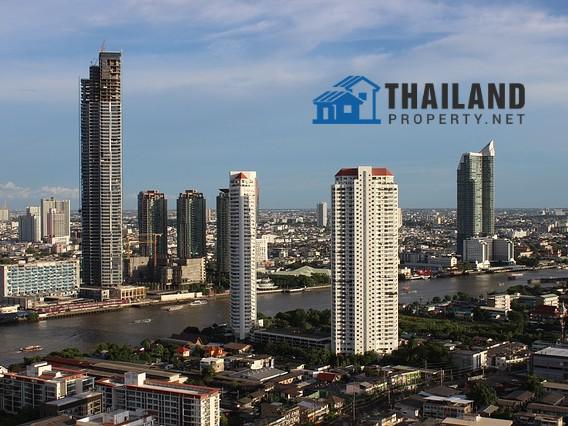 Real estate development along the Chao Phraya River is flourishing. More property development companies are eager to transform either side of the river. Much of this inspiration stems from the opening of Icon Siam in 2018. The upper market mixed-use project had a lot of publicity and attracted a large crowd.

A string of new projects will most likely follow in the footsteps of Iconsiam – the most high profile being the "Chao Phraya Gateway".

First proposed by the State Railway of Thailand (SRT), the projects hope to bank on a 277 rai plot in Klong Toei district’s riverside.

What is the Chao Phraya Gateway?

At present, some strips of land by the river have yet to be developed. On Chua Phloeng Road, not far from Rama III Road, sits the old Mae Nam railway station. This railway line is not as busy as other railways in Bangkok and the surrounding area is occupied by land encroachers (squatters) and abandoned warehouses.

The SRT aims to transform the desolate area to accommodate various mixed-used building projects that can rival Iconsiam’s grandeur.

From a derelict plot, the Chao Phraya Gateway could evolve into a regional shopping and hospitality hub. From luxury hotels and condominiums to chic shopping malls and modern office spaces, it’s going to be one of the busiest districts in Bangkok.

The SRT already commissioned a number of feasibility studies plus investment options. Within the next 2 years, we can expect the bidding process for the Chao Phraya Gateway to begin. The project will cost approximately 200 billion baht.

Deputy SRT traffic manager, Somyut Rueanngam, shared some information with the Bangkok Post: "The Chao Phraya Gateway will not be just another mixed-use complex in the capital, it will also serve as a gateway to the whole river area,"

The SRT expresses their confidence in the gateway’s unique selling point.

While Khlong San’s impressive Iconsiam shopping and residential complex offered visitors a view of skyscrapers and the capital’s landscape, the SRT said that Bang Krachao island will serve as the “vista” or focal point for this project.

Depicted by Time magazine as the "Best Oasis of Asia", Bang Krachao is an expansive island in the Samut Prakan province.

The SRT is under the impression that visitors and residents will benefit from the scenic view. Furthermore, they will have better air quality and cleaner, eco-friendly surroundings.

Investment-wise, the SRT's gateway project will be four times bigger than Iconsiam. In addition, it will stretch a distance of 1.16 kilometre along the Chao Phraya river. This vast size may possibly pave the way to more development freedom.

Also part of the plan is the establishment of a six-star hotel with 656 rooms. This will be followed a few more luxury hotels and mega shopping mall. According to Mr Somyut, aside from elegant accommodations, there will be condominiums in five different zones.

You can also expect the Chao Phraya Gateway to have a new convention and exhibition centre, much like the famous Queen Sirikit Convention Centre, situated not far from the river.

SRT plans to construct the "Chao Phraya Iconic Tower" - a 350-metre tall tower that will soon be the home of a Sky Restaurant. Reminiscent of Baiyoke, diners and visitors can enjoy sumptuous food plus a panoramic view of the city. The Iconic Tower will hopefully stand as the tallest skyscraper in Bangkok.

And there’s more: a monorail network will be constructed to facilitate travel to and from the gateway.

An Attempt to Clean Out SRT’s Debts

The Chao Phraya Gateway is not without controversy. SRT hopes to successfully abolish a whopping 100 billion baht debt once the project starts generating revenue. Acting SRT governor Worawut Mala opens up to the Bangkok Post.

The agency will double its marketing efforts and invite investors to take part in the project through private-public partnerships. Though the risks are quite high, the investors have every right to earn an income within a 30-year timeline but will pay dividends to the State Railway of Thailand.

Expected profitability for this ambitious project is 140 billion baht with a likely break even in less than eight years.

A source from SRT with first-hand knowledge of the project said: "One condition is they have to give us a share of 9.3 billion baht from their revenue throughout the concession period." SRT is working to forward their plans to the Transport Ministry. After the ministry gives its approval, project implementation will commence.