Four Seasons Hotel, a Toronto-based hotel and resorts chain operating worldwide, is about to launch its latest hotel along the Chao Phraya River in Bangkok. With only a few months left before its grand opening, the global luxury hotel chain now accepts reservations. Official opening date for the Four Seasons Bangkok will be on February 2020. 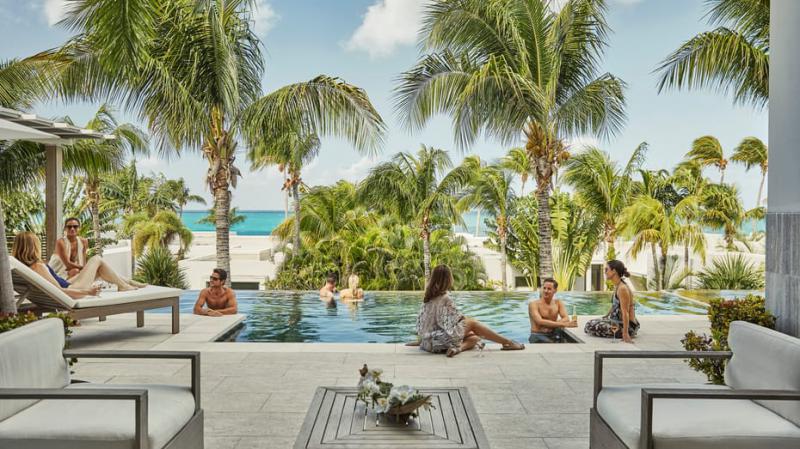 Situated on the serene riverfront of Chao Phraya, Four Seasons Bangkok is the latest addition to the luxury brand. The entire property spans 3.6 hectares (9 acres) on Charoenkrung Road. Reputable architect and designer Jean-Michel Gathy, who is credited for a number of luxury building designs, took charge of the new hotel’s design. Its main features include courtyards, terraces and cascading buildings. The new hotel will also boast impressive water features.

Among other things, Four Seasons Hotel Bangkok will be able to accommodate nearly 300 rooms. These include luxury suites with exclusive garden terraces and a Presidential Suite with two floors. Guests may also relax at the hotel’s urban spa as well as two infinity pools offering a good view of the Chao Phraya river.

Families who stay at Four Seasons Bangkok can leave their children at a complimentary kids club. Children will be closely supervised by the club’s staff. For those who wish to cruise along Chao Phraya, the hotel has its own private boat dock. Expect world-class culinary offerings in addition to large-scale event spaces, complete with a waterfront ballroom and a patio.

General manager Lubosh Barta was all praises for the designer: “Jean-Michel Gathy has truly set the stage for a Four Seasons experience like no other.” According to him, once Four Seasons Hotel Bangkok is open at Chao Phraya River, it will be “nothing short of spectacular in every respect.”