Bangkok City Plan to be Revised Before its Implementation in 2020 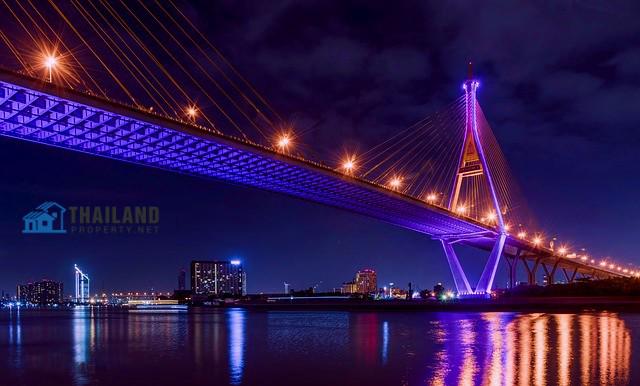 The up and coming Bangkok city plan which will be set into motion in 2020 will change the atmosphere of Bangkok yet again.

Real estate developers are becoming more aware of the possible changes. In fact, some have held their land purchasing and new development plans in check until there are clear details.

The City Planning Department hopes to market Bangkok as a compact city with efficient routes that connect the city centre with suburban areas. The 2020 city plan will undergo revisions and public hearings, which will start around mid-2019. This will be the 4th revision to the capital’s city plan since its first revision way back 1992.

Some proposed key changes have been revealed to the public, including higher floor area ratios (FAR) in specific quarters, improved land zoning controls and implementation of new measures to support development near major mass transit stations. All these changes will affect the country’s real estate market.

What are Floor Area Ratios?

The FAR pertains to the ratio of the total constructed area of a building permitted to be built on a site to the overall land area. At present, the maximum FAR is 10:1 with bonuses up to 20 per cent if specific features are added to the building design. This signifies that the overall constructed area can be up to twelve times the size of the site. The FAR is less than 10:1 in a number of areas.

According to the department, the maximum FAR of 10:1 will not grow but there will be growth in FAR in many areas, which will open more saleable space on an allocated land area. Higher FAR will subsequently increase the site's value. Likely sellers of sites may possibly have to wait until further information and they can achieve higher prices.

There will be changes to the land zoning regulations in various places that are at present restricted. This will pave the way to more diverse and bigger property development in the target areas. In addition, this may also result in a better range and density of developments in several locations.

Land Reductions and Development in the Midtown and Suburban Areas

In effect, CBRE wants to see more developments in condominium and commercial properties, particularly in suburban and midtown districts.

We can expect new regulations that accommodate denser development within a radius of 500 meters along major mass transit stations. But final regulation details are not yet available.

All in all, development controls seem less restrictive in a number of places. However, restrictions may likely continue for buildings standing on narrow pathways,

The Bangkok property market will become increasingly driven by market forces of supply and demand instead of government control. But only if the aforementioned measures come into effect.

CBRE Thailand research and consulting manager, Rathawat Kuvijitrsuwan, said that developers need to guarantee the existence of actual demand for their construction plans. Filling the allotted maximum land area does not suffice. The implication? Real estate investors, developers and lenders will have to research actual figures concerning demand levels. Moreover, they should have a clear understanding of the market’s strength, weaknesses, opportunities and threats.

The original article was written on 3rd April by Khanachai Kittisorayut, an analyst at CBRE Thailand Research and Consulting. The Bangkok Post published the original text.